Jerrycans: The Leaky Faucet of Your Fuel Management System 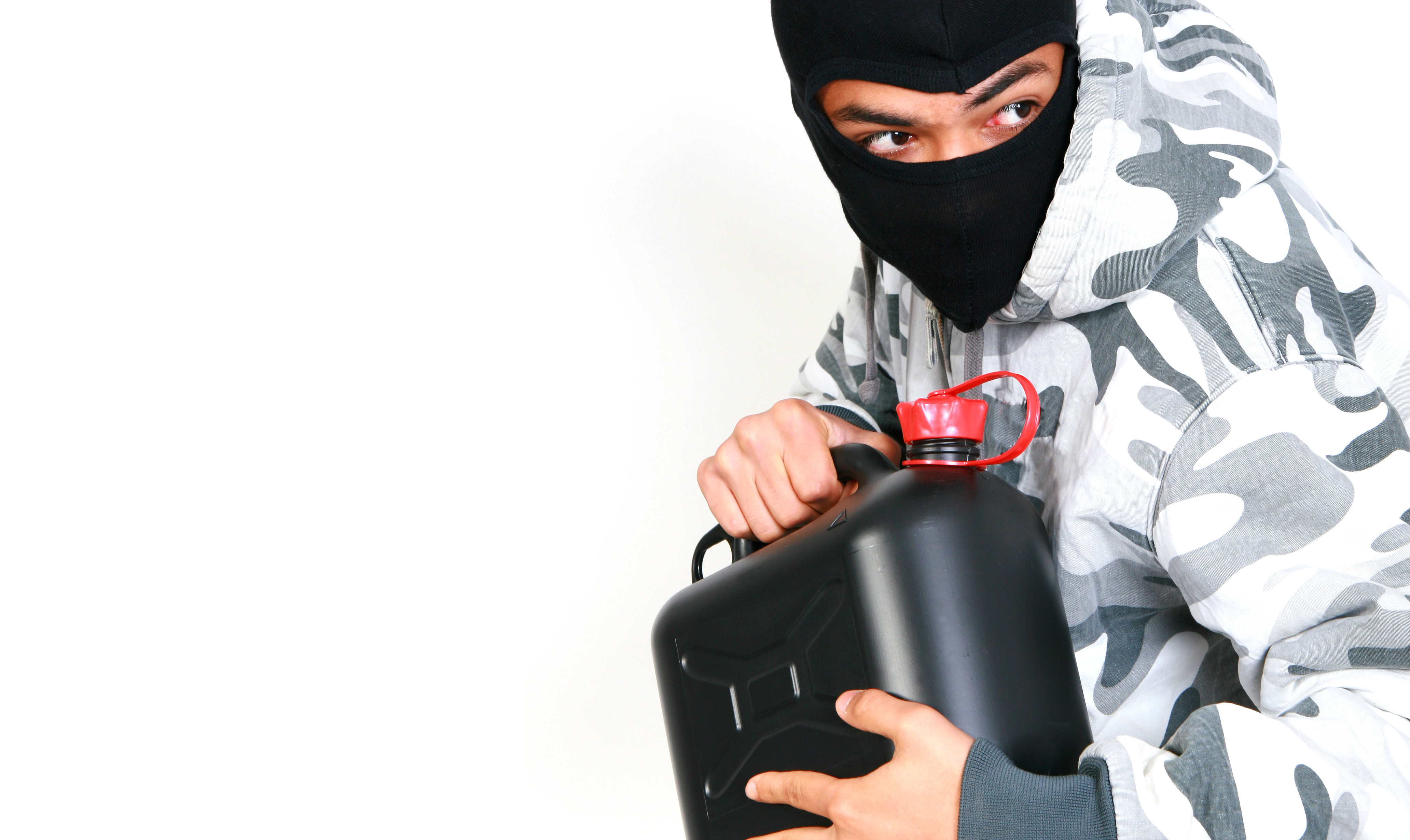 If jerrycans are a fact of your fleet life, you know how hard it is to keep track of the fuel they consume. You’ve probably resigned yourself to accepting the lack of accountability that comes with jerrycan use as a necessary evil.

We’re here to tell you it doesn’t have to be this way. The fuel dispensed via jerrycans can be tracked and managed accurately and cost-effectively. Read on to learn how.

As a fleet manager, your success depends in no small part on controlling costs and fuel is a major cost of operating a fleet, second only to maintenance.

Accordingly, you’re doing everything possible to tightly manage in-house fueling. You may have played a part in selecting an automated fuel management system. You researched the available systems and vendors. Selected the most suitable one. Deployed the system. Trained staff on how to use it.

After ironing out a few wrinkles, your fuel management system is operational and doing well for the most part. It’s likely doing a decent job of tracking and reporting on your vehicles’ consumption and inventories.

But all is not perfect. In commercial fleet operations, the use of jerrycans is often unavoidable. Fuel dispensed to jerrycans is nearly impossible to track, creating a constant headache. Like the proverbial leaky faucet, the endless drip, drip, drip of fuel consumed by jerrycans is a nagging annoyance.

And it’s not just jerrycans, you may be dealing with all sorts of gas-powered tools:

Over time, it adds up to significant volumes poured into a black hole of accountability.

To get a clear picture of the solution, it helps to consider a standard fuel management system configuration. The classic refueling operation goes something like this:

Regrettably, this standard setup cannot handle jerrycans very well because jerrycans are typically general purpose for use across the organization by anyone who needs them, so assigning jerrycans unique ID numbers as you do for vehicles is impractical.

Further, many fuel management systems have a limit on the number of vehicles they can handle so consuming vehicle “slots” for jerrycans is wasteful, especially if you have a large number of them.

How Should It Be Done?

SM2-FUEL solves this problem with a unique configuration of RFID reader and tags.

First, in lieu of (or in addition to) the standard surface mounted card reader, the fuel island terminal is supplied with a rugged, corded RFID reader.

This reader is attached to the fuel island terminal by an industrial-grade coiled cable cut to any desired length, typically 12 feet. The reader can be attached directly to the terminal or routed to it via conduit as seen in the installation pictured below. 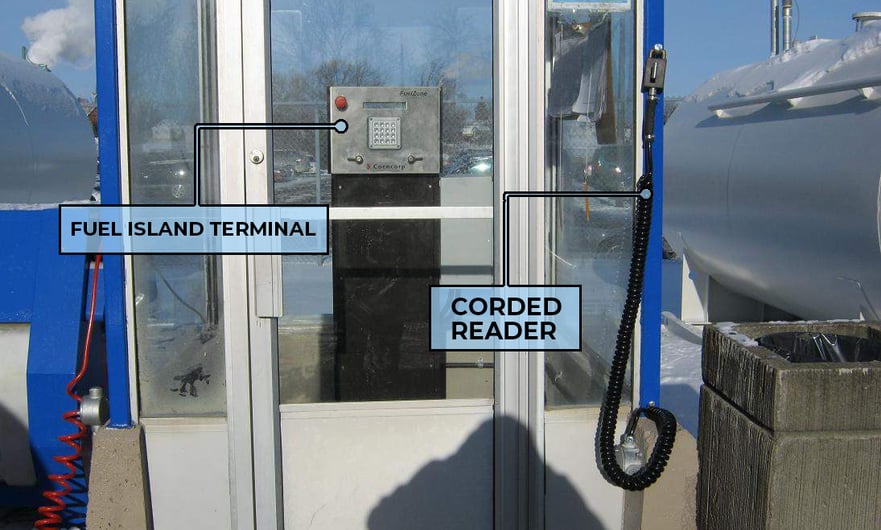 Next, inexpensive disc-shaped RFID tags are fastened to jerrycans, lawnmowers, chainsaws, and other gas-powered small tools—anything that uses fuel. These tags serve exactly the same purpose as barcode labels only better because they can be read in any orientation and are unaffected by dirt, grime, mud, etc.

The tags cost only a few dollars each, allowing the tracking of hundreds of jerrycans and gas-powered tools cost effectively. 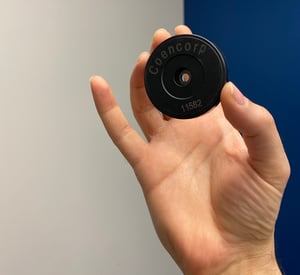 With a minor difference, the jerrycan (or gas-powered tool) fueling operation is identical to the standard sequence:

Instead of a standard configuration fixed RFID reader, the fuel island terminal is fitted with a rugged, corded reader. The reader is attached to the terminal by a coiled electrical cable, allowing RFID disc to be scanned easily.

A jerrycan by itself does not represent a big volume of fuel. But combine enough of them with a lack of tracking and management, and those little jerrycans turn into a big problem. Luckily there is a solution beyond what the run of the mill fuel management system has to offer. SM2-FUEL fulfills the promise of end-to-end fuel management with an inexpensive and easy to implement solution.

Contact us today to discuss how we can help fix the leaky faucet in your fuel management efforts.