Fully Automated Fleet Fueling: Why You Should Consider It

"Workaholics aren't heroes. They don't save the day, they use it up. The real hero is already home... Because she figured out a faster way to get things done."

Fleet managers with business acumen know the importance of not just working hard, but also working smart. And yet, when it comes to fuel management, many fail to reap the full promise of automated fuel management systems.

Still, automation done wrong will decidedly do more harm than good to your fuel management efforts. In this edition of Fleeting Thought, we make the case for fully automated fueling but, just as important, we address some of the pitfalls you may face in deploying this rewarding technology.

We have covered fuel management systems for fleets in depth in a previous blog post; notwithstanding some minor variations, the basic premise generally goes something like this: users in need of fuel drive up to a pump only to find it locked by the system. To get access to fuel, properly credentialed users authenticate themselves and, optionally, their vehicle to the system. This is typically done on a Fuel Island Terminal permanently mounted near the dispenser(s).

Standard configurations will use some combination of the following authentication methods:

Unquestionably, fleets with in-house fueling facilities and/or fuel trucks need, and almost invariably have, a fuel management system. However, a number of commonly encountered issues can erode the rewards you (justifiably) expect from your investment.

Let us take stock of them here and determine how to tackle them. 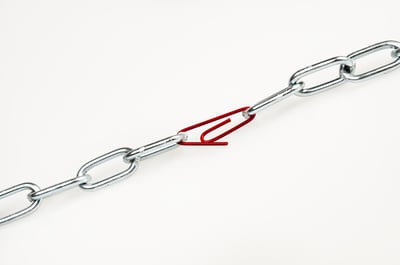 Drivers, operators, and floor staff sometimes don't have the patience for it. Shortcuts may be taken. Misallocation, misattribution, and general mismanagement ensue in the name of expedited refueling.

The unhappy result: loss of tracking and accountability, bad data in need of cleansing, recurring and unprofitable administrative chores, and so on. Clearly not the kinds of impact you hope for when deploying technology.

In a world where technology is ubiquitous, it's not uncommon for users to try and circumvent a new control system. This is sometimes motivated by a desire to escape "Big Brother's" watchful eye, but other more nefarious motives—such as fuel theft—are also in the mix.

Nonetheless, control, track, and manage that valuable fuel we must in service of both planet and profits and we can't help but note that nonautomated vehicle authentication methods harbor serious trouble for the integrity of an otherwise fine fuel management system.

The problem is that once a legitimate vehicle number is keyed in, the system has no means of knowing whether or not the vehicle is physically present. Tagging the vehicle with RFID, combined with a long-range roadside or overhead reader, improves the situation somewhat since the system can now verify actual vehicle presence. But even in this case, the opportunity remains for pumping fuel into a different vehicle instead of (or in addition to) the approved company asset.

To err is human, to forgive divine. Even so, in some cases, all the forgiveness in the world won't offset the budget-busting consequences of pouring the right product into the wrong fill-pipe.

Every vehicle has many fill pipes for different fluids used by various vehicular systems. This is normally not a problem since they are readily distinguished by their size, form, or location. But many classes of industrial equipment—found notably in public works, construction, mining, et al.—are designed to have multiple fuel or hydraulics tanks that accept very different products, yet might easily be mistaken for one another.

Since basic fuel management systems have no way to discern which fill pipe the nozzle is inserted into, a distracted worker may well dispense diesel into, say, the hydraulic tank port of a high-priced piece of machinery with pretty devastating consequences. 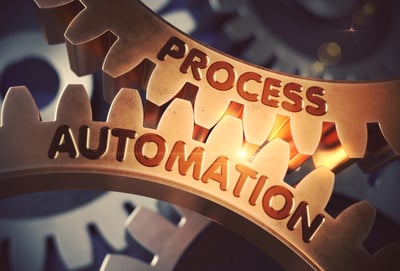 The remedy to these issues is a system able to automatically authenticate the vehicle (thereby confirming its presence) and to verify that the dispenser nozzle is physically inserted into the fill pipe. Both conditions must be true for fuel to flow and keep flowing: remove the nozzle and the flow is interrupted, keeping everyone honest—and limiting spills to boot.

This rightly so called fully automated fleet fueling is  generally achieved using an RFID tag and reader working in tandem; one component is mounted on the nozzle and another near the vehicle's fill pipe, with the reader detecting the tag whenever they are in close enough proximity. This guarantee of physical proximity of nozzle to fill pipe is the key element in achieving theft prevention with fully automated fueling.

In such setups the user just drives up to the dispenser, inserts the nozzle into the vehicle fill pipe, and the pump is immediately unlocked and fueling begins (provided the vehicle is approved and compatible with the product being dispensed).

We can see how the previously listed difficulties are overcome:

Astute readers will have noticed that in describing the "RFID reader and tag" scheme above, we didn't mention which of the reader or tag is attached to the nozzle and which is at the fill pipe. It turns out that this design decision matters and the difference it makes isn't trivial.

Given that in all cases without exception there are many more vehicles than dispensers involved, locating the lower priced component, the tag, on the vehicle seems like the obvious call. Further, RFID tags have a virtually infinite lifespan and they are passive, eliminating the need to provision for a power source. And mounting a suitably packaged RFID reader on the dispenser nozzle doesn't seem to pose any problems either. This so-called "active nozzle gear" does need electrical power but even very old or basic dispensers have AC power at the very least.

However, outcomes from real world deployments reveal significant downsides to this configuration. These downsides bring about costs which, while not paid upfront, are quite tangible and which we believe justify the opposite design decision.

Although saving money on initial deployment looks appealing on paper, active nozzle gear doesn't generally do well in private fleet operations, a predicament further aggravated in harsh environments. Worth keeping in mind: when the vehicle-side device fails, just one vehicle is impacted; when the nozzle-side device fails, nobody can get fuel.

So what are the chief downsides of having active nozzle gear?

Using the pump to power the nozzle gear has serious issues: Dispenser power has to be tapped and routed along the hose to the nozzle where it's needed, necessitating special wiring and fittings, which should (but don't always) come in various versions to accommodate a plethora of dispenser makes, models, and years. These parts can't be procured off-the-shelf from generic distributors, significantly raising cost of ownership with every repair/replacement. Also, mechanical type industrial dispensers run on AC power alone which must be converted to clean DC, raising the cost, size, and weight of the nozzle gear while lowering its reliability. All of this must meet intrinsic safety regulations, upping the cost of any solution yet a few more notches.

And last but not least, that special cable running along the dispenser hose and into the nozzle is an invitation to vandalism, notoriously in times of workplace turbulence.

Battery powered nozzle gear introduces its own set of problems: A battery powered design solves these issues but introduces different ones. Batteries need regular recharging and replacing, neither of which is desirable or even practically feasible in a fleet fueling context; this headache is exacerbated in cold or hot environments. Moreover, intrinsically safe designs often mean potted modules that cannot be serviced when damaged or spent and are therefore disposable. Some fueling sites are remote and potted modules with internal batteries have, by definition, a limited shelf life, which makes stocking up for quick replacement an unattractive option.

Finally, a more subtle yet quite disruptive problem lurks: the intermittent "now it works, now it doesn't, now it works again" behavior that occurs as the voltage output of deteriorating batteries gradually falls into the gray zone of marginal compliance for the circuitry it powers. Anyone who's owned a TV remote knows how irritating that can be, just imagine how much worse it is when trying to fuel up and get on with your work day. On a very hot, cold, or rainy day.

Active devices are innately more failure-prone than passive ones: Powered components, more components, and greater device complexity add up to more points of potential failure. Fuel pump nozzles are often mistreated; we've seen them used as hammer and scraper against ice buildup around fill pipes. They might get dropped on the ground or run over by accident. Therefore battery operated nozzle devices tend to fail prematurely, not to mention degraded battery performance in cold climates.

On the whole, active nozzle gear might do a reasonable job in retail fuel settings but the more severe treatment dished out by fleet environments (and people!) yields unacceptably high cost of ownership garnished with needless complications. As a commercial or industrial fleet manager considering fully automated fueling, you will definitely want passive nozzle gear technology. 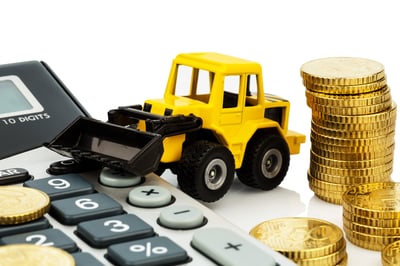 When considering fully automated fleet fueling, most businesses reflexively question whether or not they can afford it, a healthy reaction of course. But when such initiatives can eliminate fraud and minimize mistakes while also saving time and reducing friction in business processes, an equally worthy question should be "can we afford not to do it?"

Automating your fleet fueling operations is clearly a worthwhile investment. Proceed carefully and you will easily avoid the few pitfalls in the way.

Working smart is as important as working hard, if not more. Being the hero who gets things done and goes home beats being the workaholic burning the midnight oil any day in our book.